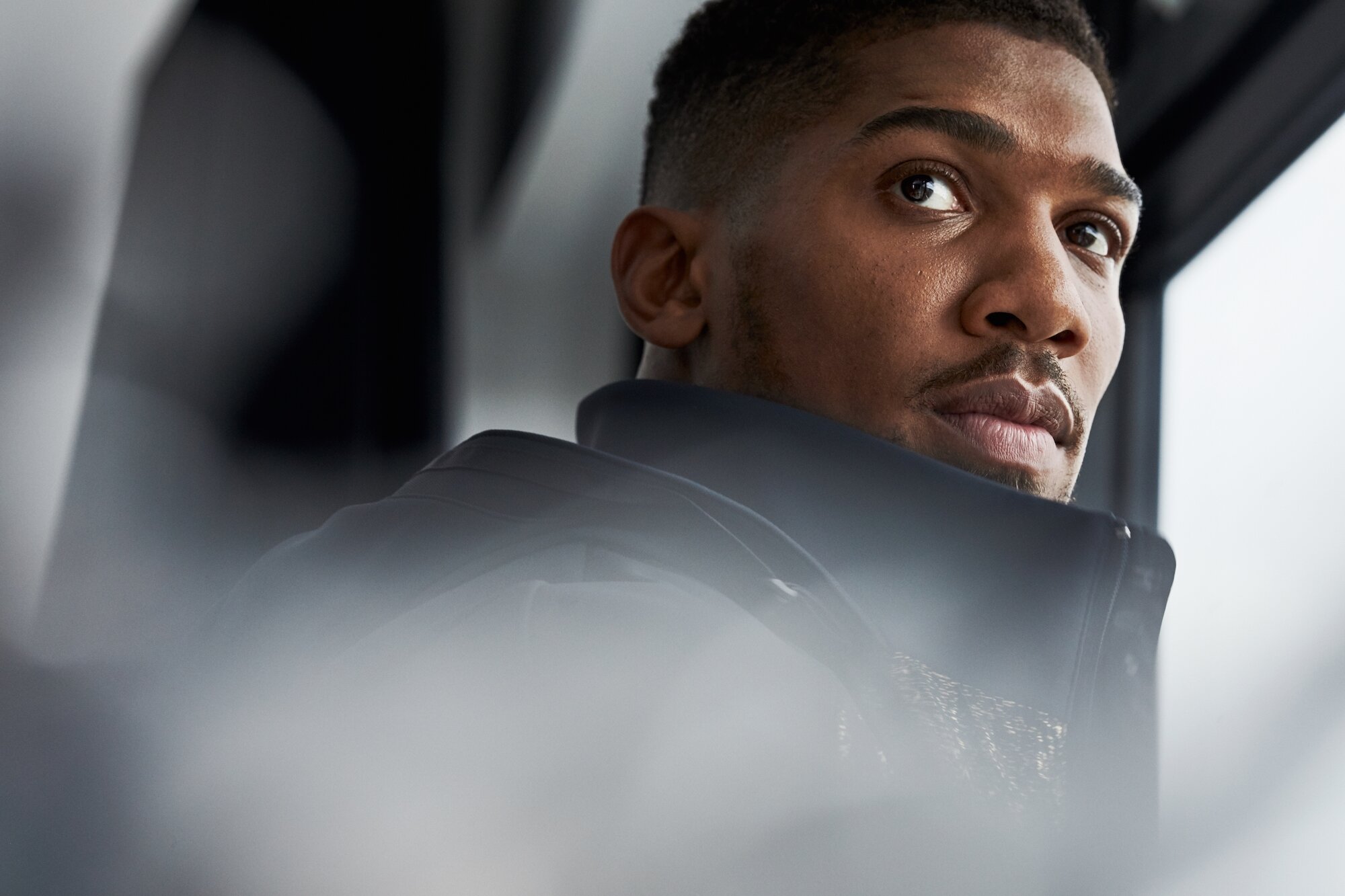 This season, BOSS builds on its flourishing stable of sporting partnerships releasing another knockout collaboration with two-time heavyweight champion boxer Anthony Joshua. It’s a typically smart move for BOSS, as they continue to align relevance with desire when it comes to the taste of the modern man.

Joshua stands at a lofty six foot six, is built like an absolute tank, and isn’t your typical waif-thin straight-off-the-runway kind of bloke. Thankfully for the other ‘athletic’ builds out there, he’s created another range that reflects the needs of the bigger lad. Comfortable fabrics, flattering cuts and forgiving fits.

“Because I’m big, I could never order clothes from off the peg,” Joshua explains. “I had to get them tailored to perfection. I couldn’t be like my friends.”

Joshua’s sizeable frame and enviable musculature is the result of training like a beast, and a feeding schedule suitable aligned. Train hard, eat harder is his mantra, and although maintaining that size doesn’t come easy, don’t expect to find him gorging down on donuts post-training. His diet is as clean as his BOSS cuts.

“It’s not like, ‘I’m training for a fight, then I’ll go and eat kebabs,’” he told Men’s Health UK late last year. “I take more of a holistic view. It’s about living right. You might have little cheat meals now and again – everyone’s got a sweet tooth – but it’s nice to spend the majority of the time eating natural foods, even if I’m not fighting. It’s important to treat yourself right.”

Now with 31 years under his belt, the champ has been applying experience to his shaping his body, his career, and seemingly his exploits with BOSS, with the partnership emerging from an early childhood love affair with boxing.

“I like the Rocky films – that’s when I learned about BOSS. Respect to the Klitschko brothers for bringing [fashion] into the boxing arena. BOSS have supplied clothes that fit me for a long time. I can be the best version of me – I haven’t been stressing about it [since].”

Now, Mr Joshua is producing the goods once again for the German fashion house. This outing is fronted by an elevated shade of midnight with highlights of gold, a capsule collection of ten pieces in a seamless combination of the brand’s signature elegance and Joshua’s desire to include “the colour that represents a win.”

The new range will not only make you an aesthetically elevated man of style, but every piece includes a woven label featuring motivational words from Joshua himself, a nice touch to really amp you up before jumping in the ring of life.

“One more hour, one more day. Never let success get to your head, or failure to your heart.”

Enjoy a dose of that signature Anthony Joshua motivation, and watch the behind the scenes film below.