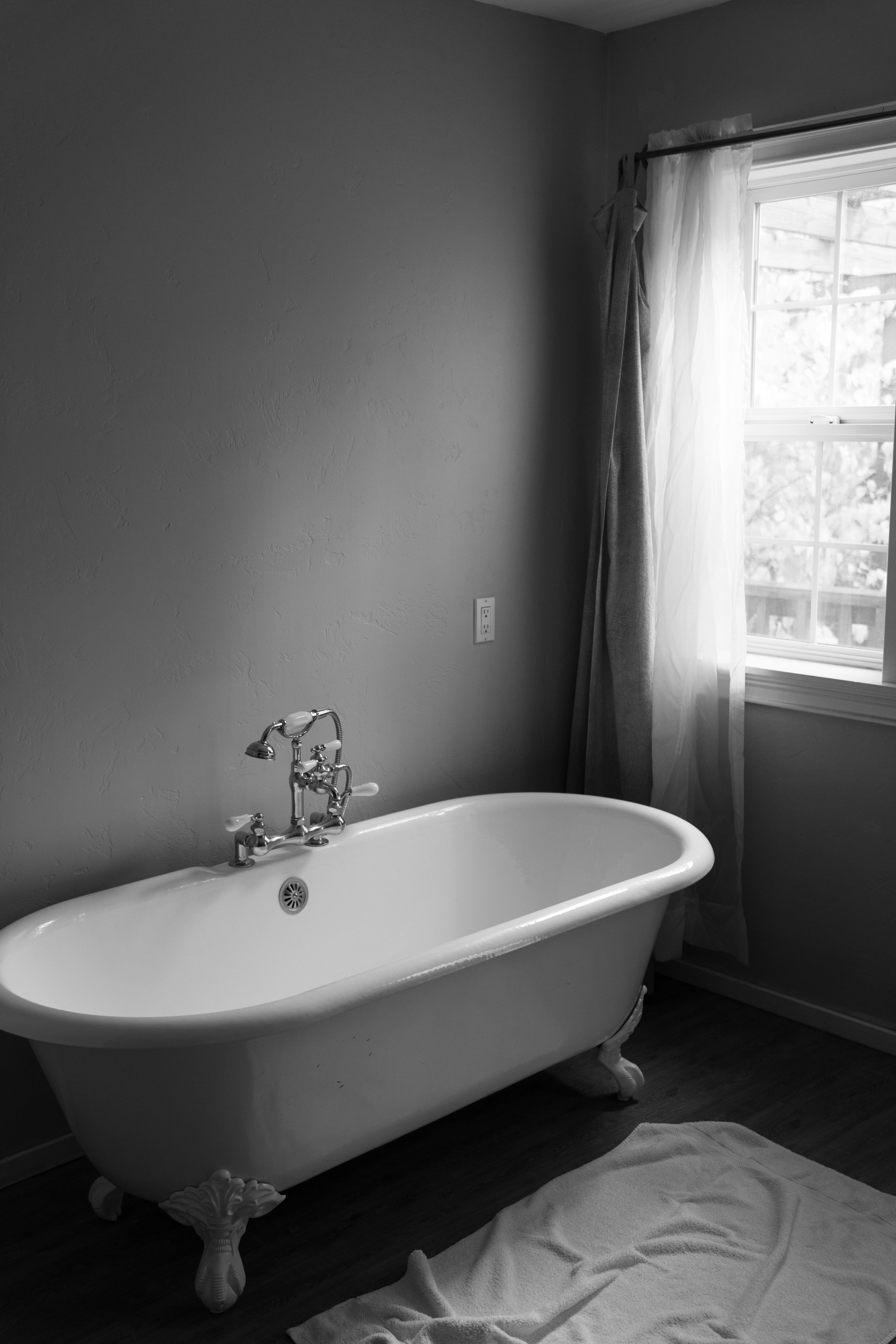 While the idea of cold immersion therapy or taking an ice bath may sound extreme, it is an effective tool for both recovery and mindset that has been used for centuries. In fact the benefits of ice baths date all the way back to Hippocrates. These days it is especially popular within the elite athlete and mindfulness communities. In more recent years, Wim Hoff has been responsible for bringing the concept to the masses with his highly public stoic approach in using cold immersion therapy to manage pain and help him deal with grief.

Ice baths, as they’ve come to be used in sport and recovery protocol, involve filling a tub with ice and sitting, static, in the frigid water for minutes on end. The short-term pain of an icy plunge for the long-term gain has been proven through many studies, demonstrating how ice baths can help to sooth sore muscles, reduce inflammation, ease fatigue, eliminate toxins from the body, boost immunity and burn fat.
Professional athlete and co-owner of Recovery Lab, Ben Seymour, shares some of the key benefits of ice baths that may surprise you.

THEY Relieve fatigued muscles by flushing out toxins

When you work out strenuously, your muscles will experience small micro-tears which will then need to heal for them to adapt. Additionally, while training, your muscles burn fuel which creates a build-up of both lactic acid and toxic waste. While your body will naturally flush this out within 24-48 hours, you can speed up the process drastically with cold water immersion therapy.
In an article featured in Sports Medicine that assessed 52 studies, it was found that cold water immersion was an effective recovery tool, particularly after a HIIT workout. Improvements were seen for reducing muscle soreness, increasing muscular power and general recovery within 24 hours post-workouts. The study also found that ice baths were beneficial in positively influencing muscle power in eccentric training within 24 hours of the workout.
This is because the cold-water constricts your blood vessels which decreases metabolic activity, reducing tissue breakdown. Once you are out of the cold water, your blood rushes to your lymph system which helps to flush out toxic waste build up from your workout. In 2016, a study conducted on several jiu-jitsu athletes also found that cold water immersion lead to less perceived muscle aches and potential reduced lactate dehydrogenase (LDH) levels following a strenuous workout.

Ice has long been used as a first aid treatment following a sprain or break to reduce inflammation, and the benefits of ice baths increase the impact tenfold. An ice baths take this to another level, with fast application to the entire body.
Evidence has also suggested that by reducing inflammation in the muscles, it also reduces the risk of Delayed Onset Muscle Soreness (DOMS) due to its nature in flushing out toxins faster once blood flow hits the lymph system.

THEY Improve YOUR mindset

Studies carried out on cold water immersion revealed participants showed significantly increased vigor and esteem-related effects post treatment.
Aside from flushing toxins, cold immersion therapy is great for your mindset as not only is it refreshing once it is over, but it requires a strong mindset and a lot of resolve to get through it. Breath work and meditation are both important factors for helping you control your cortisol and stress levels, and an element of both is often called upon to help any individual get through a plunge.
While there few studies on the mental health benefits of cold-water immersion, there
are a few initial studies with promising results. For example, a British study conducted in 2020 with a pool of 61 people found that their mood and wellbeing improved as a result of a 10-week cold seawater swimming course.
Another British study in 2018 conducted a trial on a 24 year old women who suffered from depression and anxiety and was on medication to manage. After completing a four-month cold water swimming course, she no longer relied on medication to manage her mental health.
In fact, the expected benefits go back beyond Hippocrates, who believed that cold water therapy could relieve fatigue. There is also evidence that doctors of the 18th century also prescribed the therapy for conditions such as a fever and rickets.

THEY Improve your sleep quality

Music That Could Help You Save A Life

An  Australian study on a pool of 11 male cyclists specifically designed to investigate the benefits of ice baths, found that an ice bath post an evening workout and at least 1 hours before bed improved their sleep quality.
Due to the nature of cold-water immersion flushing out toxics to calm your para-sympathetic nervous system, it makes sense that the result of that would be to also improve your sleep quality. In the case of the cyclists who were taking an evening ice bath to help them sleep, there has been a link to sleeping more soundly in a cooler room or temperature. Scientists have linked that to the fact that our body temperature drops at night as we enter into REM sleep which may be why taking an ice bath later in the evening benefited the sleep of these athletes.