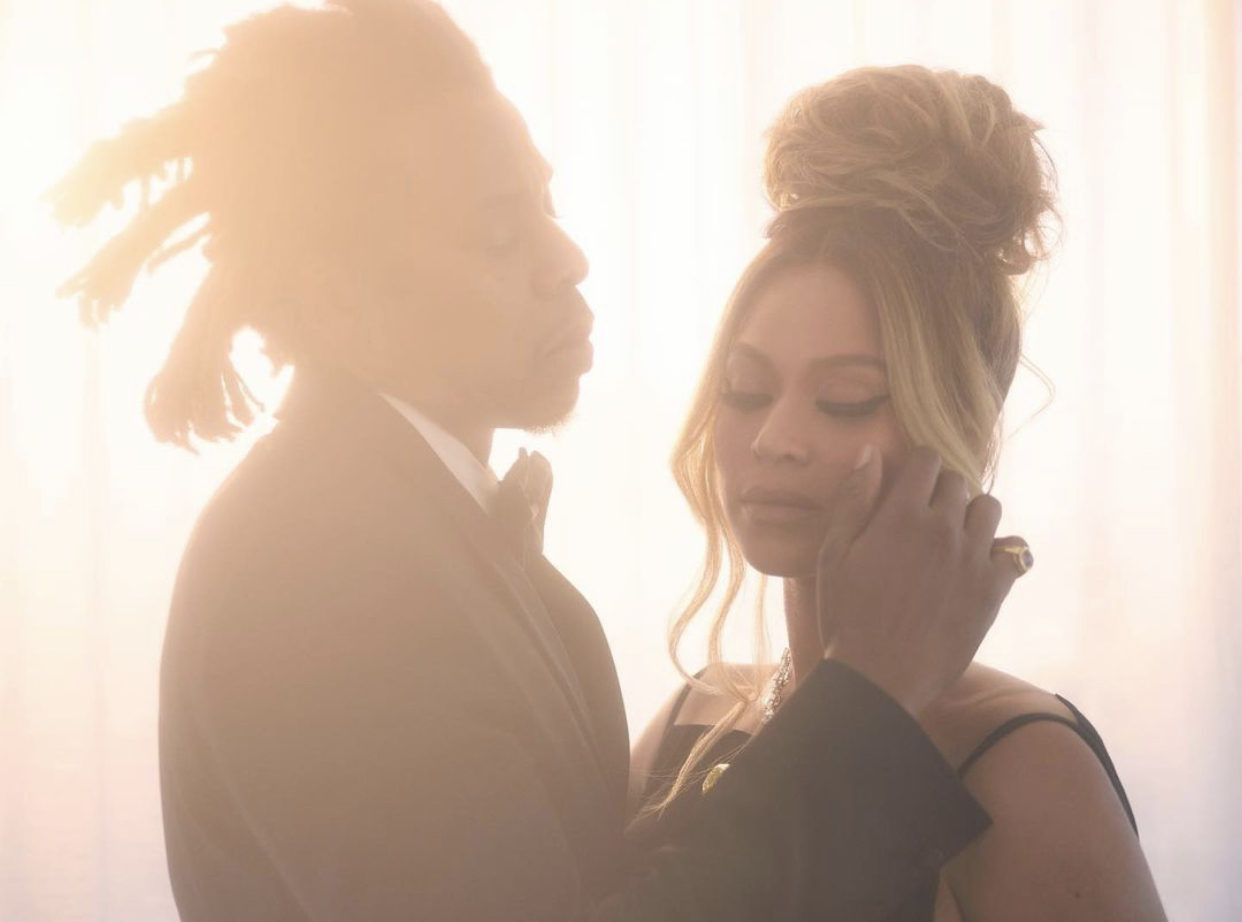 Tiffany & Co. announced today that powerhouse couple Beyoncé and Jay-Z will star in its latest campaign celebrating modern love, titled “ABOUT LOVE”. The campaign is the result of a close collaboration and a Flawless shared vision between both the Carters (aka Bey and Jay) and Tiffany & Co.

A film by acclaimed director Emmanuel Adjei has also been created and features a musical performance of the classic song Moon River. Made famous in the 1961 film Breakfast at Tiffany’s, the iconic tune is reimagined with vocals by Beyoncé, captured by JAY-Z on a Super 8 camera, set to be released on September 15. The Countdown is on.

However the partnership isn’t all glitz and glamour. “ABOUT LOVE” reflects both The Carter’s and Tiffany’s continued support of underrepresented communities. As a part of the house’s partnership with the Carters, Tiffany & Co. is proud to pledge a USD $2 million commitment towards scholarship and internship programs for Historically Black Colleges and Universities (HBCUs).

As the first time the couple has appeared in a campaign together, and quite possibly the most iconic since Beyoncé Gladiator-inspired Super Bowl commercial, “ABOUT LOVE”, is an exploration of connection and vulnerability, themes central to the musical outputs by both artists over recent years. Both Beyoncé’s epic visual album, Lemonade, and Jay-Z’s 4:44 tell the tale of betrayal and ultimately forgiveness, resulting in 2018’s Everything Is Love, a combined masterpiece rounding out a trilogy of albums detailing a redemptive relationship.

On the release of Everything Is Love, Jay spoke on the power behind their decision to use music as therapy for their marriage, and to move past his 99 Problems. “For us, we chose to fight for our love,” he told CNN at the time, lowering the Partition to their relationship. “For our family. To give our kids a different outcome. To break that cycle for black men and women.”

The Carters reportedly first meet back in 2000, whilst on a plane on their way to the VMA’s, according to Jay-Z’s lyrics on EIL. Their first musical outing together was ’03 Bonnie And Clyde (2002), the Formation of music’s most thrilling partnerships and the foundations for an enduring romance, secretly marrying in 2008. Despite the rumours of infidelity highlighted particularly on Lemonade, The Carters remain a symbol of devotion to each other, and their children, Blue Ivy, Rumi and Baby Boy Sir.

“Beyoncé and Jay-Z are the epitome of the modern love story,” said Alexandre Arnault, executive VP of Product and Comms at Tiffany & Co.

“As a brand that has always stood for love, strength and self-expression, we could not think of a more iconic couple that better represents Tiffany’s values, we are honoured to have the Carters as a part of the Tiffany family.”

In this, the latest chapter to The Carters’ love story, the power of their union is illuminated by the iconic Tiffany Diamond and set against the backdrop of Jean-Michel Basquiat’s Equals Pi.

“We were never a celebrity couple,” said Jay-Z in the aforementioned CNN interview. “We were a couple that happened to be celebrities. We are real people.”

Realness aside, the worth of the power couple cannot be denied, and is highlighted in the campaign.

Non-Negotiables When Hunting For Your Next Smart Watch

The Irreplaceable Tiffany Diamond, worn by Queen B in the visuals, weighs 128.54 carats and boasts an unprecedented 82 facets. Seen on Beyoncé throughout “ABOUT LOVE,” it is considered among the most important gemstone discoveries of the 19th century. Unearthed in 1877 in the Kimberley Mines of South Africa, founder Charles Lewis Tiffany purchased the rough diamond in 1878, solidifying the brand’s reputation as a diamond authority.

And the details don’t stop with Beyoncé. In the campaign, Mr Z wears the Holy Grail of mens accessories, Jean Schlumberger’s legendary Bird on a Rock brooch, reconstructed as a pair of one-of-a-kind cuff links. Jean Schlumberger was best known for dressing high society’s elite in the 1960s and ’70s, so it is appropriate that his Apeshit designs live out his legacy on one of today’s greatest creative forces.

For those playing at home, the total number of Beyoncé/Jay Z song references = 8.