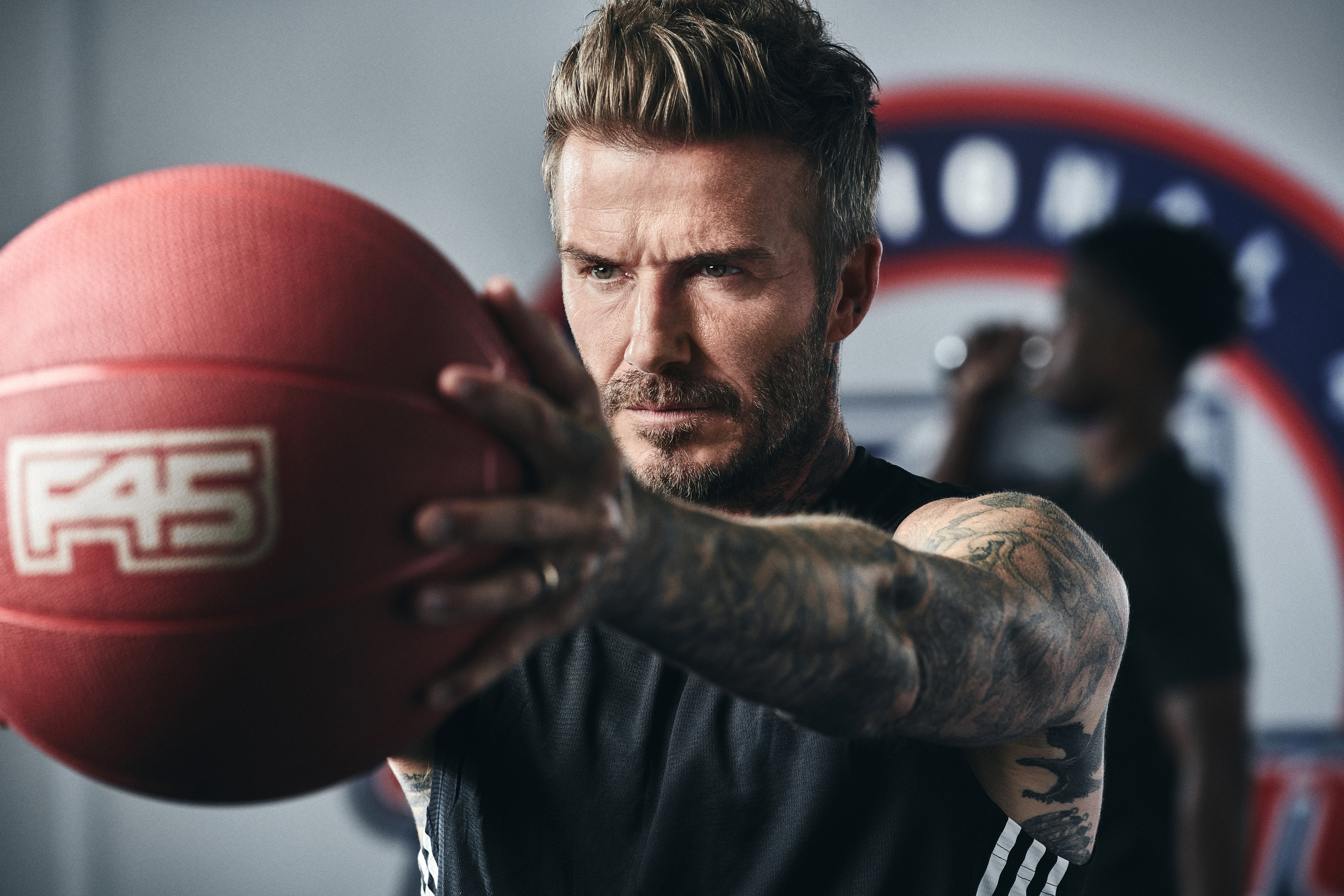 Earlier this morning, Aussie-turned-universal fitness franchise F45 announced style/football/fatherhood icon David Beckham as their new global partner. This new partnership will see Beckham champion the rapid adoption of F45 and play a key role in F45 Training’s brand marketing initiatives to support its continued expansion across the globe, helping to communicate the benefits of its unique workouts and fitness philosophy. In other words, F45 has secured the ultimate influencer. And we love to see it.

“I’ve been a fan of the F45 franchise and training model since being introduced by my friend, Mark Wahlberg,” said Beckham, whilst we excused ourselves to pick up the name he dropped.

“Health and fitness have always been a big part of my life and, since my days playing football, I have always found I’m at my best when training as part of a team. F45 has a strong community and trainers that help you reach your goals and achieve powerful results. This partnership is an exciting business venture for me also, and I’m looking forward to the journey with F45 as the business continues to expand globally.”

Having trained at a London F45 studio, Beckham was reportedly impressed by the innovative workouts, community spirit and unrivalled results, contributing to his decision to become a partner in the business as it moves into the next stage of its growth as a public company.

Beckham, now a businessman, investor, philanthropist and football club owner, had a celebrated 25 year playing career at the highest-level of world football in addition to captaining his country.

Beckham has continued to prioritise his fitness after retirement from professional sport and as an advocate for wellness and active lifestyles post-football, setting a constant example for his children – and by children, I mean us, his fans.

“This is a monumental partnership for F45,” said Adam Gilchrist, Founder and CEO, F45 Training. “David is a global sporting legend and his commitment to fitness throughout his career has been iconic. Having David on board strengthens our dominant place in the fitness industry and his support reflects the inclusivity of what I believe is the best workout in the world. His expertise and knowledge are world-class, and we are privileged to have him on board to help expand F45 on a global scale.”

Founded in 2013 in Sydney, Australia, F45 is one of the fastest-growing fitness franchisors in the U.S. based on the number of franchises sold with more than 2,200 studios across 63 countries. Beckham’s mate, Wahlberg, invested in the company in 2019, explaining to Men’s Health at the time how the structure of F45 fit perfectly into his busy routine.

“I’m very precious with my time, which is why I’m so disciplined,” told me in LA. “I try to inspire people that there is enough time in the day to accomplish all of your goals and find that great balance.”