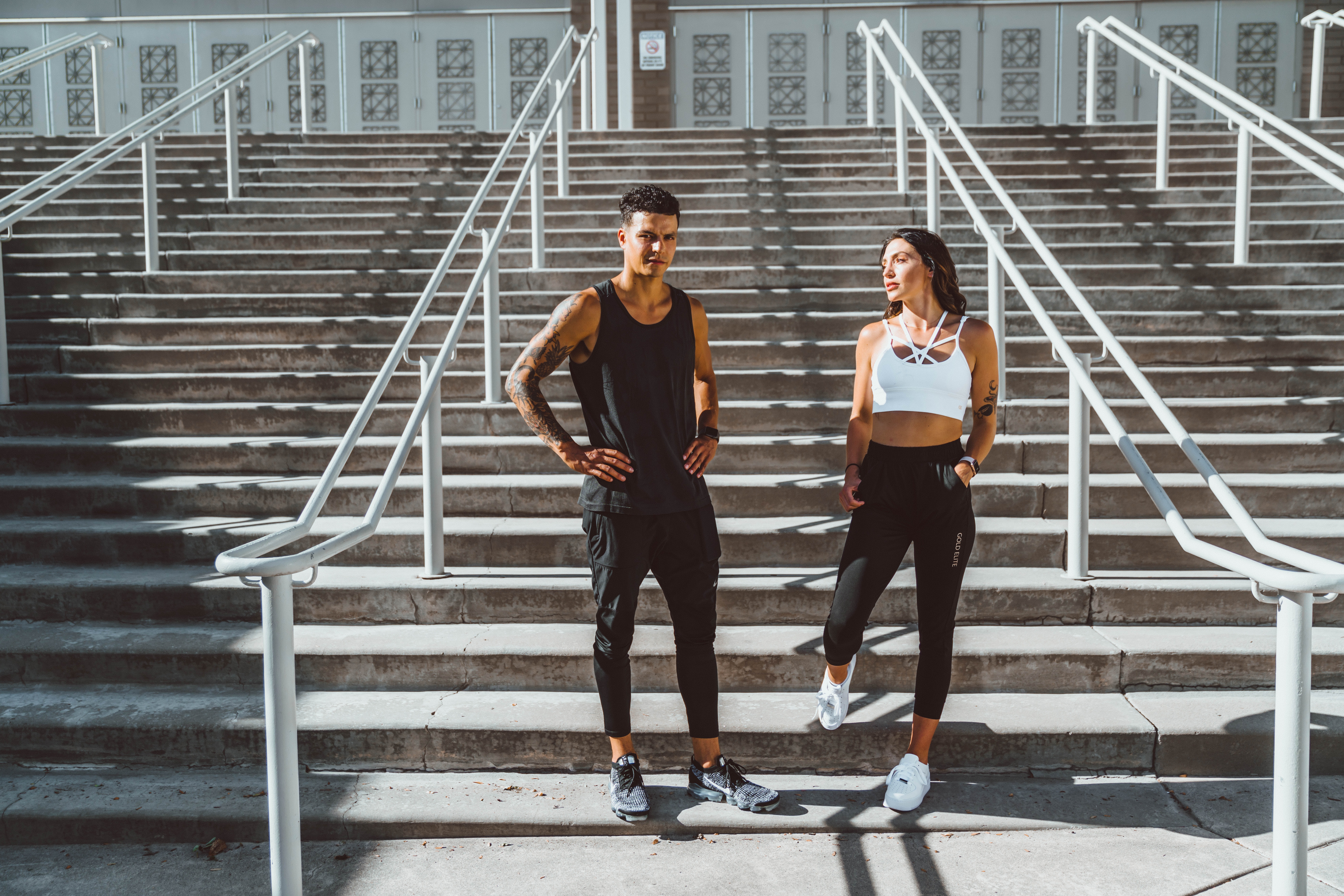 Do Couples That Train Together REALLY Stay Together?

Couples workouts have been around for centuries, but thanks to social media [and endless lockdowns], they’re the latest fitness craze in the spotlight. While I personally couldn’t imagine anything worse than having the object of my affections seeing me gasping for air in a sweaty mess on the floor, the phenomenon clearly has it’s benefits. You don’t have to look much further than the Hemsworths, Robards, or the Spears to realise that working out as a couple can turn in impressive results. But the real benefits go beyond the physical.

In studies conducted on the subject, it seems that couples that sweat together, really do stay together. Apparently working out together drives romantic attraction, deepening the bond between a duo, thanks to an increased physiologic arousal.

The increased attraction can also likely be explained by a study published in the Journal of Social Sciences, which suggests that individuals gravitate towards the physical behaviours of those they surround themselves with, cementing your bond in fitness.

And if love isn’t enough to motivate you, working out together will apparently improve your sex life too. New research released this year suggests that couples that trained together frequently were 20 per cent more likely to have regular sex – meaning sex more than once a week.

“If we look more closely at the mental effects that fitness has, we can even see that those who exercise regularly were also more likely to rate their own happiness level a 10 out of 10 than those who don’t exercise. This truly underlines the fact that the positive effects of exercise go far beyond the purely physical aspects many focus on,” says Daniel Sobhani, Freeletics CEO, the business behind the recent survey.

Mental and emotional benefits aside, why exactly do couples who train together see such great results? A 2016 study published in the journal Obesity suggests that weight loss is faster when training with a fitter partner. The study goes on to explain that the more time spent with the fitter individual, the more weight that’s lost. Seems like a bit of a one-way street if you’re the fitter half of the partnership.

Push Yourself Harder With This Partner Session

If you are tackling the big game of life alone (aka you’re single), fear not, you can still chase the lifestyle of Instagram’s fit-fluencers. You can experience similar benefits to couples workouts by joining in on a group class… although you might not get as much sex. Or you may get more. That’s your business.

“Group activity may not be a new concept but it has certainly seen massive international up-trends over the last twenty years with rapidly rising numbers in spin cycling, aerobic and dance-based classes and the emergence of CrossFit and its tribe mentality,” says Rob McGillivray, personal trainer and founder of RETROFIT, when talking to NBC News on the subject. “I believe it to be a key indicator that working out in a motivational pack or using it as a tool to enhance internal or external competitive performance is fast becoming the preferred form of exercise.”