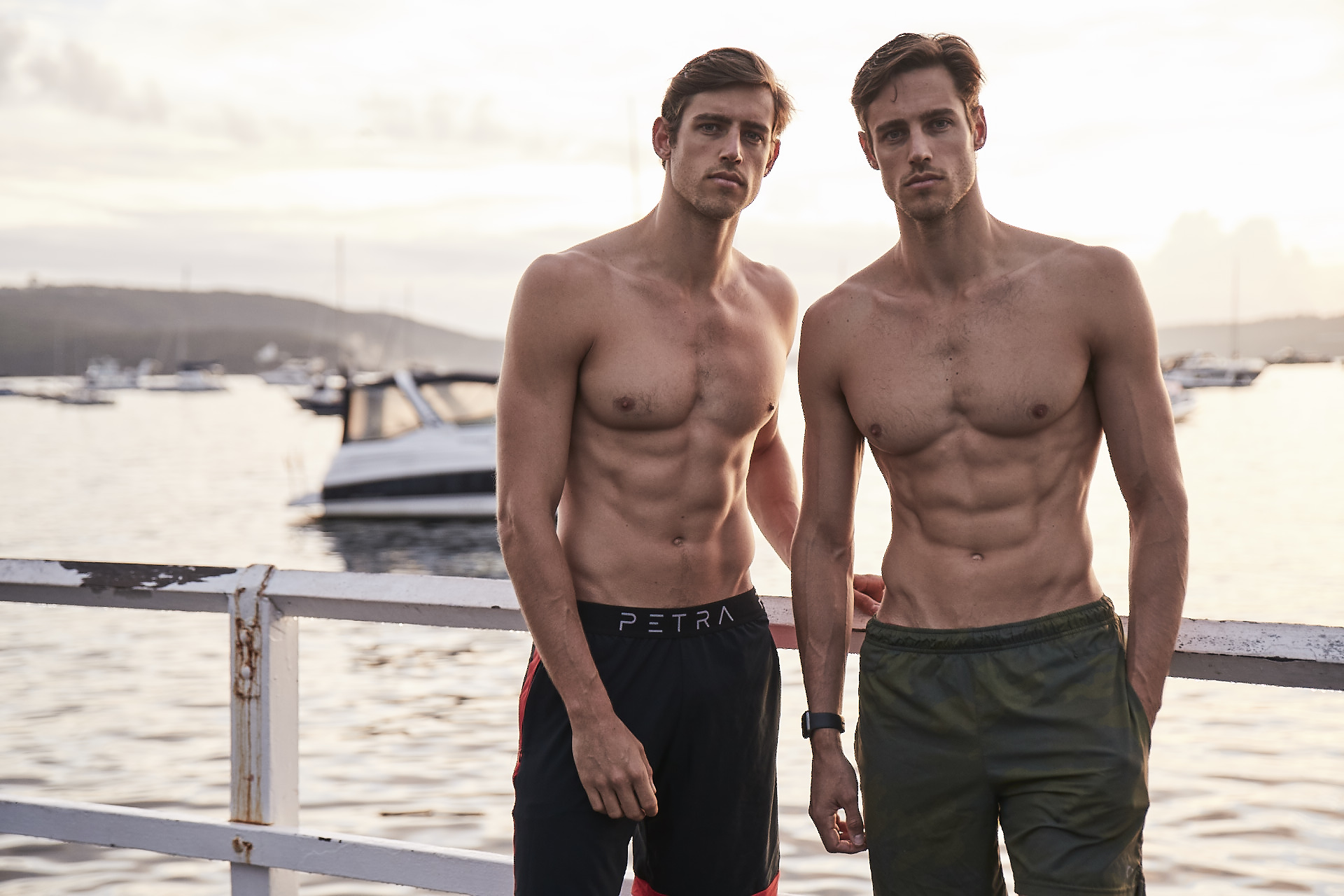 Jordan and Zac Stenmark rose to fame as international supermodels, on speed dial for some of the biggest fashion houses on the planet. But years of travel, training and hard work have led them down a path of wellness discovery.

After launching two health businesses in the past 12 months, Stenmark Fit and Dreamers, they’re a prime example of just how far an insatiable thirst for knowledge can take you.

Health is synonymous with the super. We’ve got superfoods, superheroes and supersets. It makes perfect sense, then, that the next giant leap forward in health-related innovation is coming from Australia’s own supermodel duo, Jordan and Zac Stenmark.

Over the course of the past decade, the Stenmark twins, 29, have dominated the international men’s fashion scene. But it’s what they’ve been doing in their ‘spare’ time in the past five years specifically that has brought us together at sunrise on a Sydney Harbour beach.

As a result of a life spent in the air, jetting between LA, Milan and New York, the genetically blessed duo have spent their downtime in transit seeking to hack their health in any way they can. To stay fit, to look fresh and to perform at their peak (they’re former AFL players and currently seeking to chase down a Masters swimming world record). And the years of research have clearly paid off.

Fresh off the heels of the 2020 launch of their own wellness platform, Stenmark Fit, the twins are now expanding their health empire with the launch of Dreamers, a neuroscience-led lens technology and eyewear that seeks to improve sleep by blocking pesky blue and green light.

And no, Jordan and Zac aren’t just celebrities who have lent their name to a gimmick. Such is their knowledge and expertise, spending time with them makes me question my own credentials as a health journalist.

Every burpee is followed by a book recommendation, every swim preceded with a journal reference and every soft-sand sprint accompanied by the soothing tones of scientific methodology. They’re book smart and worldly, a lethal combination when it comes to cementing themselves at the top of the health pyramid.

With their wings clipped for the time being, the Stenmarks are dedicating their time to improving the lives of their fans by sharing this wealth of knowledge and access to global health experts. You too, can supercharge your health the supermodel way, starting with quite possibly the easiest hack to master: a good night’s sleep.