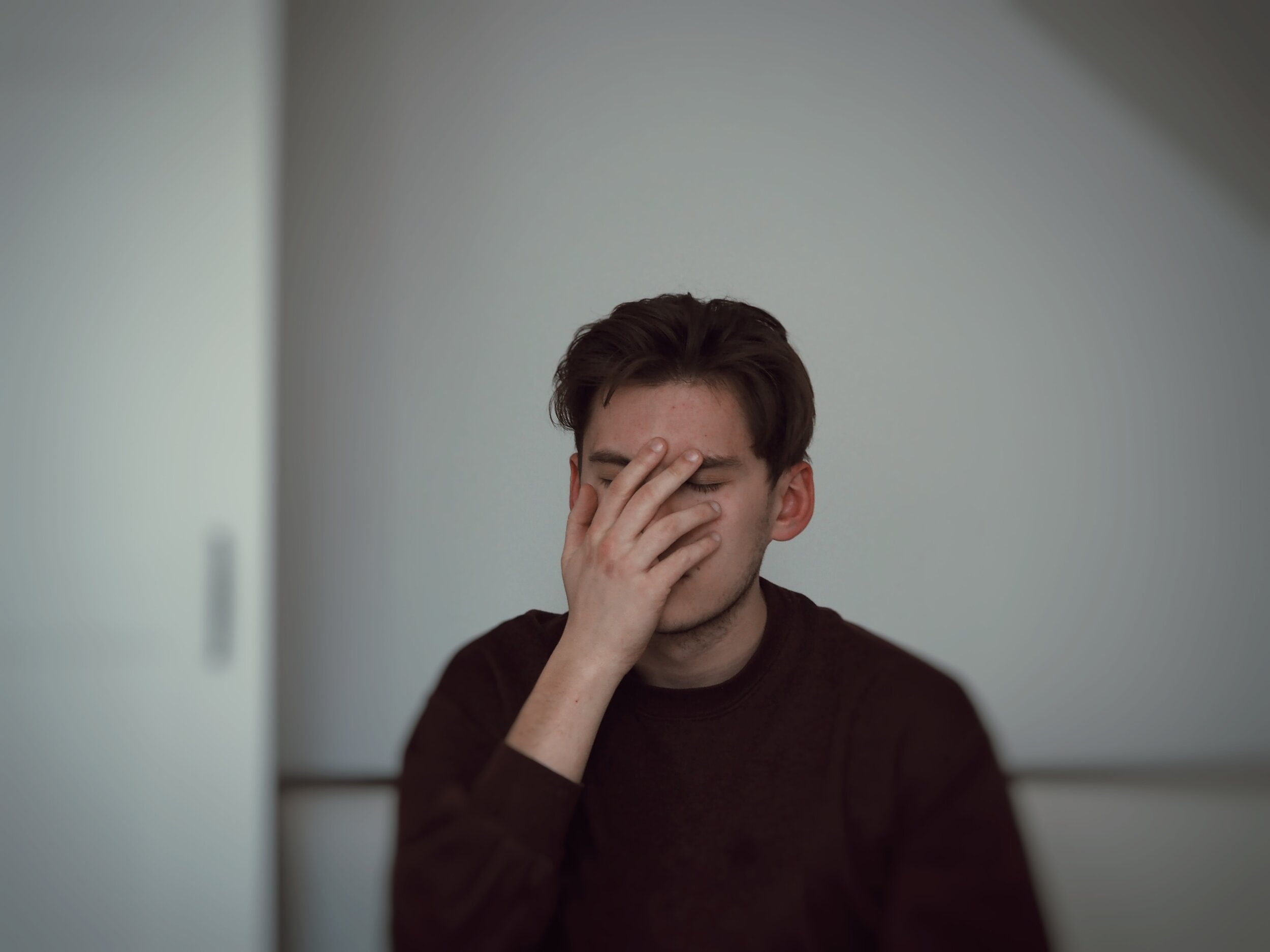 The word ‘habit’ isn’t exactly one synonymous with positivity and health. Nail biting, toenail picking, whistling and double dipping; not exactly a who’s who of human virtues.

When we think about our habits, it’s most often that we think about the little nuances and annoyances that make up daily life. Things we ‘shouldn’t do’ but do anyway. What we ‘don’t want to do’ but can’t help doing. Things you just  ‘don’t know how to stop doing’ but at the same time kind of don’t want to, right?

For many of us, habits are something we see as holding us back and in need of change, but for the majority of the most high performing and driven around us, habits equally equate to opportunity. Opportunity to harness one of our minds most powerful keys to success. After all, you’ve got other habits right now that are good and not gross. Harnessed in the right way, habits that work for us and with us can actually supercharge our paths to health, happiness and success.

What Is A Habit?

Habits have a whole host of different definitions and (as per standard medicine/psychology) with just as many theories to explain why and how they form. In general though a habit can be thought of as an automatic behaviour carried out in reaction to an external cue or trigger. They’re largely unconscious mental scripts our brain uses to link A to B. Most habits are deeply engrained and simple ‘blueprints’ for behaviour, ones that have become hardwired through countless pairings of a cue (I see your impending test panic, for example) that spark a consequent behaviour (and raise you a hefty serving of chewing the crap out of those fingernails). In many ways, habits are the things we do on autopilot.

How do they form?

Scientists largely agree that the vast majority of our habits form, usually without our conscious awareness, through repeated pairings of a specific cue with a resultant behaviour. Often this is supercharged by a positive outcome or ‘reinforcer’ where something ‘bad’ is taken away (i.e. toenail picking relieves anxiety) or something ‘good’ is added (i.e. weird secret pleasure in picking said toenails). This combo sets up a powerful hardwiring of the brain for habitual and automatic learning. With repetition, these wirings become rock solid and set up largely automatic ways of being, thinking and feeling in reaction to situations – without us even knowing.

Before we continue any further down the rabbit hole, let’s bust the major misconception surrounding habits, specifically how quickly they form. Habits, good or bad, do not form in 3 days. In fact, it takes an average of two months for a habit to become, well, a habit.

In a study published in the European Journal of Social Psychology, health psychology researcher from University College London, Phillippa Lally and her research team decided to figure out just how long it actually takes to form a habit, and astonishingly it can take anywhere from 18 days to 254 days for people to form a new habit. So there you have it. Let’s continue…

Why are they there?

So if habits are all picking and chewing and general not-goodness, why do they exist? Well aside from fuelling an endless cycle of nail growth and an ever expanding need for more mobile data (go on, check that Insta-feed again), habits also evolved as our most basic and powerful way of acting on cruise control. Learning by habit quickly became a way for our brain to save precious time and resources for the everyday acts we learnt to repeat over and over for positive outcomes. The hard part? Our brains got so good at learning in this way that now-a-days, unless we’re conscious about what we’re doing and how we’re acting, it’s all too easy to slip into repeated patterns of behaviour that aren’t doing us, our health or our success any actual good.

The great news is that a lot of our habits are actually really damn good. Brushing our teeth, a morning run, eating regularly, that little skincare routine before bed… All of these are habitual behaviours that serve our health for the good. Going deeper, habits are actually more than just physical actions – ways of thinking and feeling can become habitual too. Things like optimism, gratitude and making time for relaxation can be harnessed as habits as well.

So how might we go about harnessing habits for the good? As you’d imagine, there’s a whole flurry of white coats working away in labs around the world looking to figure this out. The good thing? They’ve sent me the answers.

Let’s start with our not so good habits. The little actions and behaviours we find so hard to stop doing even though we know we need to. The compulsive phone checking, the comfort eating, the nail biting and the nose picking. Everyone has habits and hang ups we’d rather change – so what does the science say about how we do that?

One way is to avoid the trigger that sparks the autopilot in the brain. Hitting habit where it hurts and removing a trigger can be a powerful way to break the cycle, and so if you can work it, it’s worth a try.

However what if avoiding the trigger just isn’t an option? After all, we can’t exactly imagine exams away or remove the supermarket choccy isle. Well, with knowledge comes power, and just like linking a trigger to a behaviour helps habits grow, science shows that practising disconnecting the pair extinguishes habits over time.

It’s thus important we identify what our habits are, what triggers them and which we want to change. Write them down and keep on guard for those triggers. Getting better at this over time means taking conscious control of the process before the autopilot kicks in. It’s not easy to start with, but with time blocking the trigger-habit connection makes the association between the two weaker and weaker.

An added, and ingeniously simple, way to shake nasty habits is to actually pair a pre-existing habit trigger with an alternative, more positive, action. Through the wonders of ‘implementation intention’ (lab-speak for habit swapping), we can plan an alternative new habit so our brain can actually oust old ‘bad’ ones at the same time. Rather than merely not wanting to do it or trying to stop yourself from going through with an undesired action, research shows that replacing it with an alternative makes the whole process quicker and easier. An example here is to swap out nail biting when nervous for a stress ball – with time the association between stress and that fingernail buffet weakens and disappears. It’s good practice to get intentional about what bad habits you want to get rid of and lock in a go to swap that’s a little better for you.

So we’ve worked through cutting out our habit driven snacking and pencil chewing panic, sure, but how do we go about hacking habits to lock in good ones that actually serve us well?

Fear not, it’s now scientific fact that habits come in all shapes and sizes, and that we can most definitely build habits that lead to better health, happiness and success. As it turns out, the white coats have shown that ole mate ‘implementation intention’ is the winner here again. By using the very rules for how habits form and stick around, we can actually build good ones too.

What Is Toxic Positivity, and How Do We Avoid It?

Habits form when we repeat behaviours that are matched to a consistent context or trigger. Making planned intentions for how we’ll act, and in what specific situation that will happen, can thus lock in new routines and help them stick around longer. Get intentional about it and write down a plan for the habits you’re keen to build. “When X occurs, I will perform Y”, is a good way to think about it, and greater success comes the more consistently you do it. More than just a list of goals or loose plans like “I want to start flossing my teeth”, research shows we need to pair that desired new habit with a specific event or trigger to get the ball rolling.

The more consistently you link a clear trigger (alarm clock) to a clear action (put running shoes on and hit the pavement) the faster it’ll lock in. Write them down, make a plan and have both trigger and action be as simple as possible so there’s less room for error.

1.     Work out and write down what triggers you have for the habits you’d rather give the flick: with knowledge comes power.

2.     Get one step ahead and cut off automatic action by remembering your trigger soft spots – avoid the trigger if you can, or better yet, decide on a new action for the trigger to push the old one out.

3.     Pair new habits or goals with a clear and simple trigger, like taking those fish oil tabs every time you brush your teeth. Consistency is king so repeat, repeat, repeat.

4.     Don’t give up; it takes time to form new habits, but the longer you stick with it the stronger they’ll grow and longer they’ll stick around.

5.     Getting knocked off course and taking a step back is common and ok. Go back to step one if you’ve fallen off the wagon and simply start again.