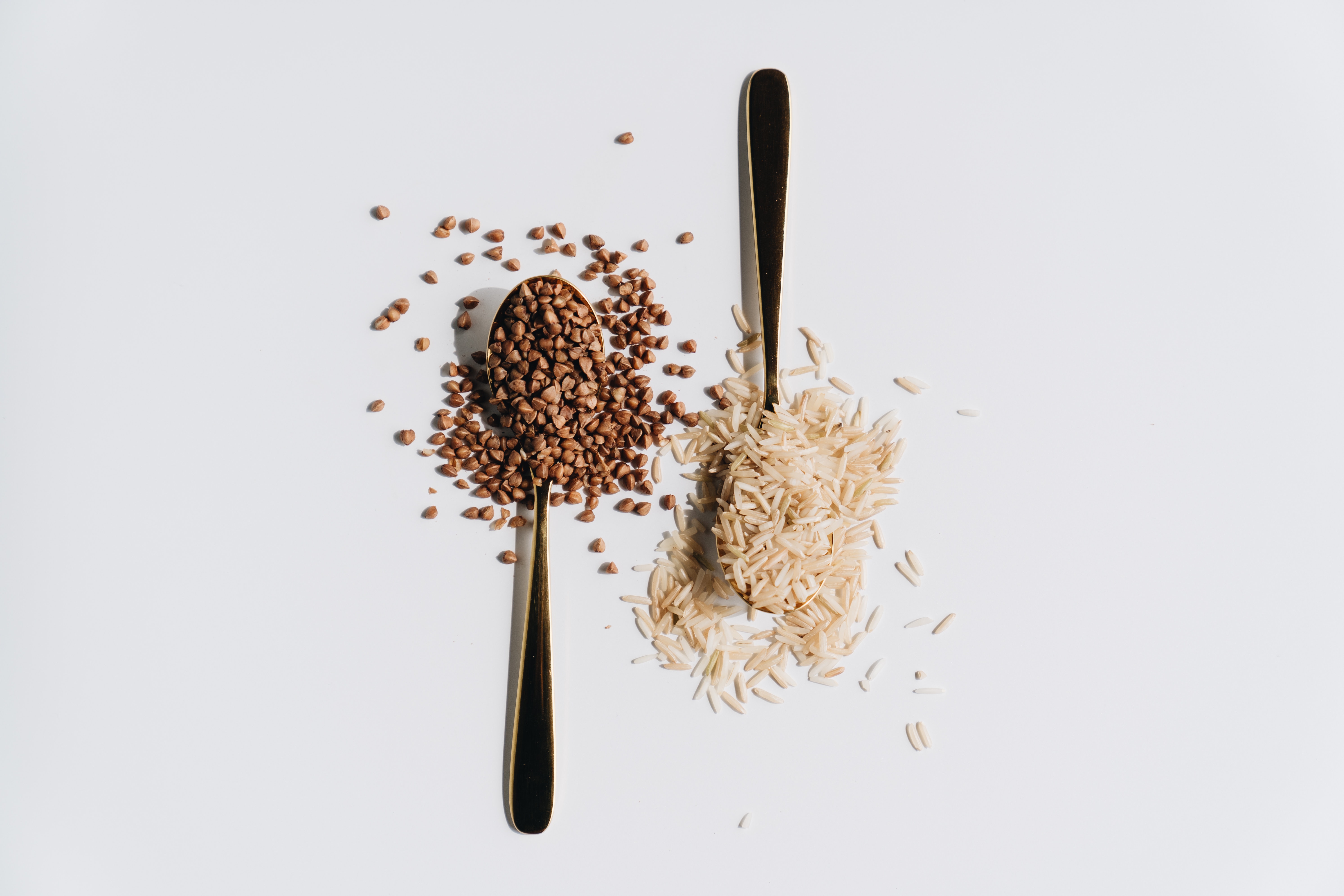 Brown Rice VS White Rice: Who Is King Of The Grains?

Some rivalries are so legendary, not even hardiest of juries can provide us with clear winners. Coke vs Pepsi, Jordan vs LeBron, Swift vs Kayne. Yet in the case of brown rice vs white rice, there may be a way to separate the GOATs of the grain world.

If you’re looking to bulk up, increase your carb intake, or include more fibre in your diet, rice by any name would taste as sweet. Rice truly is the perfect bedding to any dish. The true MVP of the nutrition world, rice provides the perfect accoutrement to almost any other food, whether it’s as a vessel for an oven-roasted salmon, or the key ingredient in a sweet, sweet rice pudding.

But with 2 main rice tribes, brown rice and white rice, not to mention the wider rice family, which is the best for your health. Let’s investigate.

Admittedly, white rice gets a bad rap, despite being a main food source for over half the world’s population, according to Utah State University. But why is there so much hate for such a popular and abundant food source? Well to become ‘white rice’, the rice grain is refined, with the outer layers removed and most of the nutritional value discarded with them.

However despite being less nutrient dense, white rice packs a slightly lower calorie count than its counterpart, with only 206 calories per cup compared to 216 in brown rice.

The missing nutrients also come with another upside, meaning that white rice can be kept longer than other forms of rice, great for meal prepping and bulk buying.

It’s hard to argue against the benefits of brown rice. Less refined that white rice, brown rice is higher in fibre, packs a higher protein punch, and has a lower glycemic index, meaning that its energy can be used for longer, over a longer period of time. Foods with a lower glyceamic index can decrease the risk of developing Type 2 diabetes, according to the Harvard School of Public Health.

A further benefit to a decreased refinement process means that brown rice is also higher in magnesium and zinc, often with up to 4 times the nutritional density of white rice. Hard to pass by.