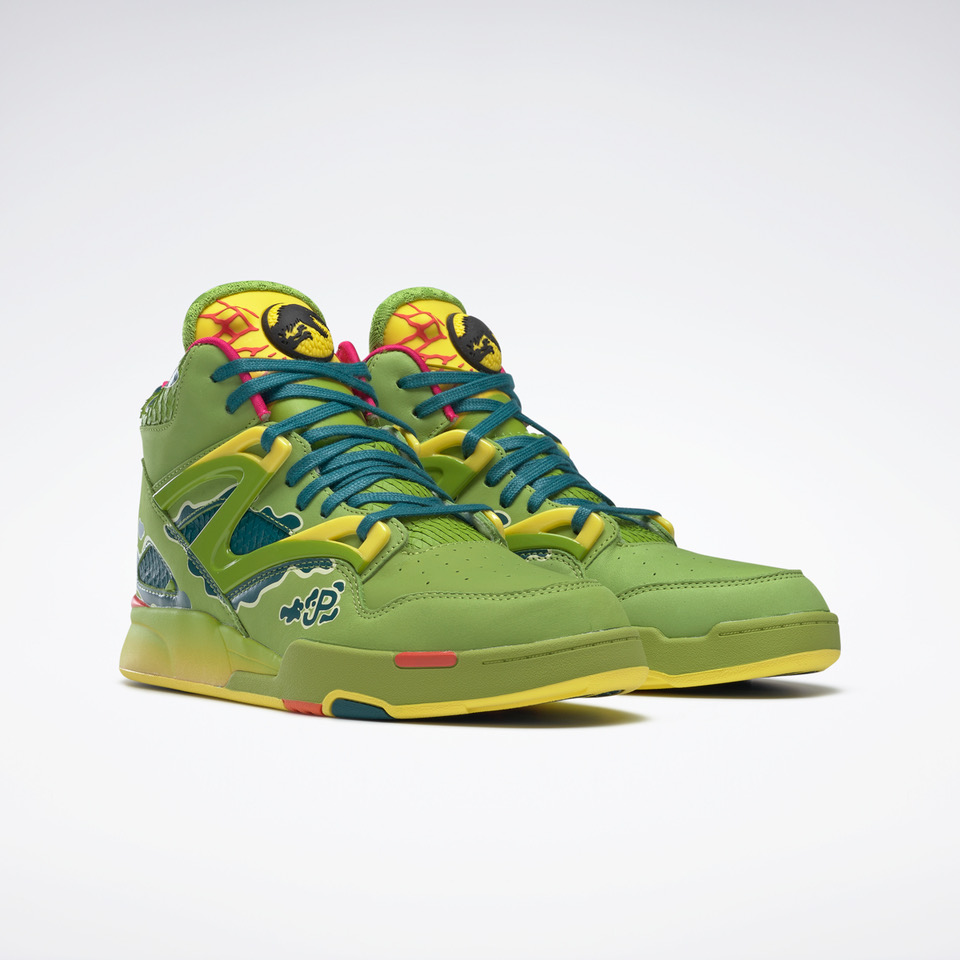 Not gonna lie, this is a pretty dino-mite collaboration. After teasing the news earlier this month, today Reebok, in partnership with Universal Brand Development, officially unveiled the Reebok x Jurassic Park footwear and apparel collection. The first of its kind product line celebrates the legendary history of Jurassic Park (or World for our younger readers) and reimagines some of Reebok’s most well-known sneakers through the lens of Dr Henry Wu.

The partnership between Reebok and InGen, the fictional bioengineering corporation responsible for recreating dinosaurs in the original 1993 Jurassic Park film, and how the two spliced sneaker and dinosaur DNA to create a collaboration some 65 million years in the making, was revealed in a “breaking news” segment on the Reebok YouTube channel.

Each footwear model in the Reebok x Jurassic Park collection pays homage to key characters and props from the original film. All silhouettes are thoughtfully constructed with intricate details incorporated from the outsoles to the sock-liners for fans of the franchise. Highlights of the line available to shop in Australia include:

Featuring a tough leather and neoprene upper, the Jurassic Stomper is strong enough to hold up to anything InGen workers encounter in the field. The shoe, inspired by the uniforms of the infield InGen staff, includes multiple patches which can be changed out depending upon your division within the morally questionable organization.

After combining dinosaur and sneaker DNA, Reebok was able to create a shoe some 65 million years in the making: the Pump Omni Zone II. Inspired by the carnivorous Dilophosaurus, this style-forward shoe features dinosaur graphics on the upper and a nubuck base material with hints of skived leather.

Rounding out the collection is an assortment of elevated footwear packaging. A portion of the boxes will resemble original Jurassic Park toy packaging from 1993, while others will draw on themes from the film including Nedry’s infamous fake shaving cream can, the cages and padlocks used in the park to keep dinosaurs contained, and even Mr. DNA.