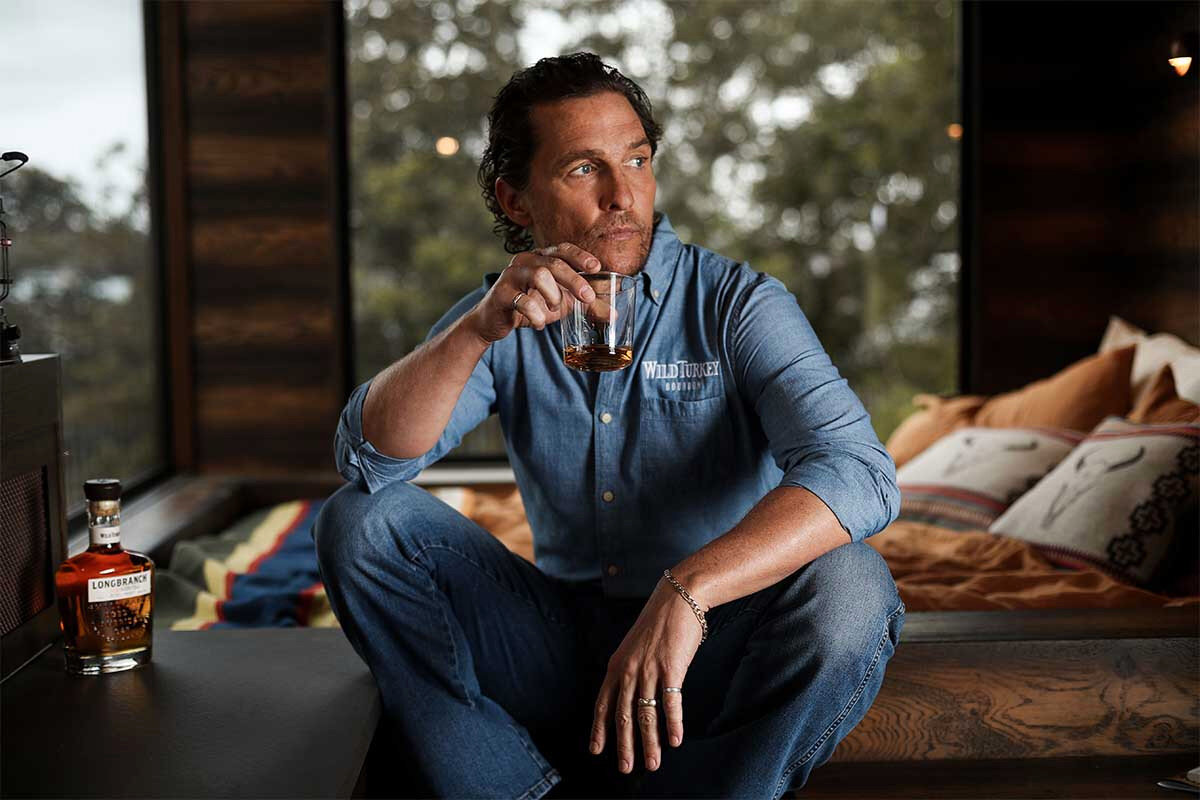 Academy Award Winner, cultural icon and Wild Turkey Creative Director, Matthew McConaughey has added a new bow to his rapidly expanding quiver as an unlikely spokesperson for Australian domestic travel. In an effort to reinvigorate the local tourism industry following the bushfire-flood-pandemic hattrick, the Wolf of Wall Street star has leant his voice to a new ‘With Thanks’ initiative lead by Wild Turkey, shining a light on Australian Local Legends who have stood with conviction supporting their environment and communities throughout the crises of 2020.

As part of his efforts, McConaughey is advocating for the nation to get out and explore all corners of our country while reconnecting with the great outdoors. “When Mother Nature hit us with her worst,” says Matty McC. “We saw humanity at its best. Now is a prominent time in our history where we can explore our own place to restore the wilderness that restores us.”

From sleeping under the stars in a swag, to exploring our rugged coastlines and bush, the messages are crafted by McConaughey himself and are designed to motivate Australians to discover more – while supporting the regeneration of the wilderness and bushfire-affected communities.

Since visiting in November 2019 to launch the Wild Turkey With Thanks platform, an initiative designed to protect and preserve the wilderness for future generations, McConaughey witnessed the unparalleled year Australians have experienced. From the pandemic coupled with the earlier catastrophic bushfires and floods, McConaughey felt driven to speak to locals who have moving stories of resilience. Undeterred by the international travel ban, Matthew McConaughey used jumped in the Zoom-Room with Australian families to have a yarn about the inspirational tales he had heard across the world.

The stories of uncompromising conviction include Dana and Sam Mitchell rescuing over 600 koalas on Kangaroo Island, Linda and Matthew Rudd saving their 100-year-old pub from the bushfires while being the lifeline for the town of Batlow, and Lin Baird navigating a difficult year to once again help Australians reconnect with the wilderness on horseback in Mount Bogong.

McConaughey said he believes in community above all else and wants to urge Australians to not only explore the outdoors but visit, volunteer, say hello or stay a night or two in fire-affected regions:

“Australians are a rare breed. When adversity hits them, they come back twice as strong. I know from personal experience, they get their grit from the land. These Local Legends drew strength from nature in order to protect it from one of the worst bushfire seasons on record, and I want everyone to know their stories. It’s thanks to them that the Aussie wilderness and their communities remain for us all to connect with. From their mission to mine, I want to give thanks and support these Legends in my work with Wild Turkey.”

Learn more about Matty McC’s top picks for Aussie travellers with his recommendations, and more importantly why they’re his picks, below.

Matthew and Linda Rudd are the owners of the only pub in Batlow, a small town in regional NSW. During the fires, Matthew made Linda flee town at the last moment when the fires were about to sweep through. She was chased out of town by the flames but made it through safely. Matthew stayed to single-handedly defend the 100-year-old pub from the fires, successfully. Matthew housed, fed and protected frontline workers at the pub and tirelessly put out spot fires in his endeavours.

These Are Officially The Best AirBnBs In Australia

Dana and Sam Mitchell took over the Kangaroo Island Wildlife Park seven years ago and have been renovating the site over the years. They now have an animal rescue centre there. During the peak of the fires on the island they were receiving upwards of 60 animals a day in need of urgent care. A humble couple, Dana and Sam are extremely passionate about protecting the native flora and fauna. They are determined to protect and preserve the native species to ensure they are there for future generations.

Lin Baird has been exploring the Victorian High Country on horseback since he was just a “little tacker”. 2020 has been a challenging time for Lin with his business, Bogong Horseback Adventures, being open for only three weeks out of the entire year. During the fires, Lin evacuated all the horses and supported the National Parks to safely house wild brumbies. Between fires surrounding his town in the summer and the level 3 lockdown, he has struggled to find consumers feeling confident to come back out and explore the wilderness. Despite the challenges, his positivity towards the future is infectious.