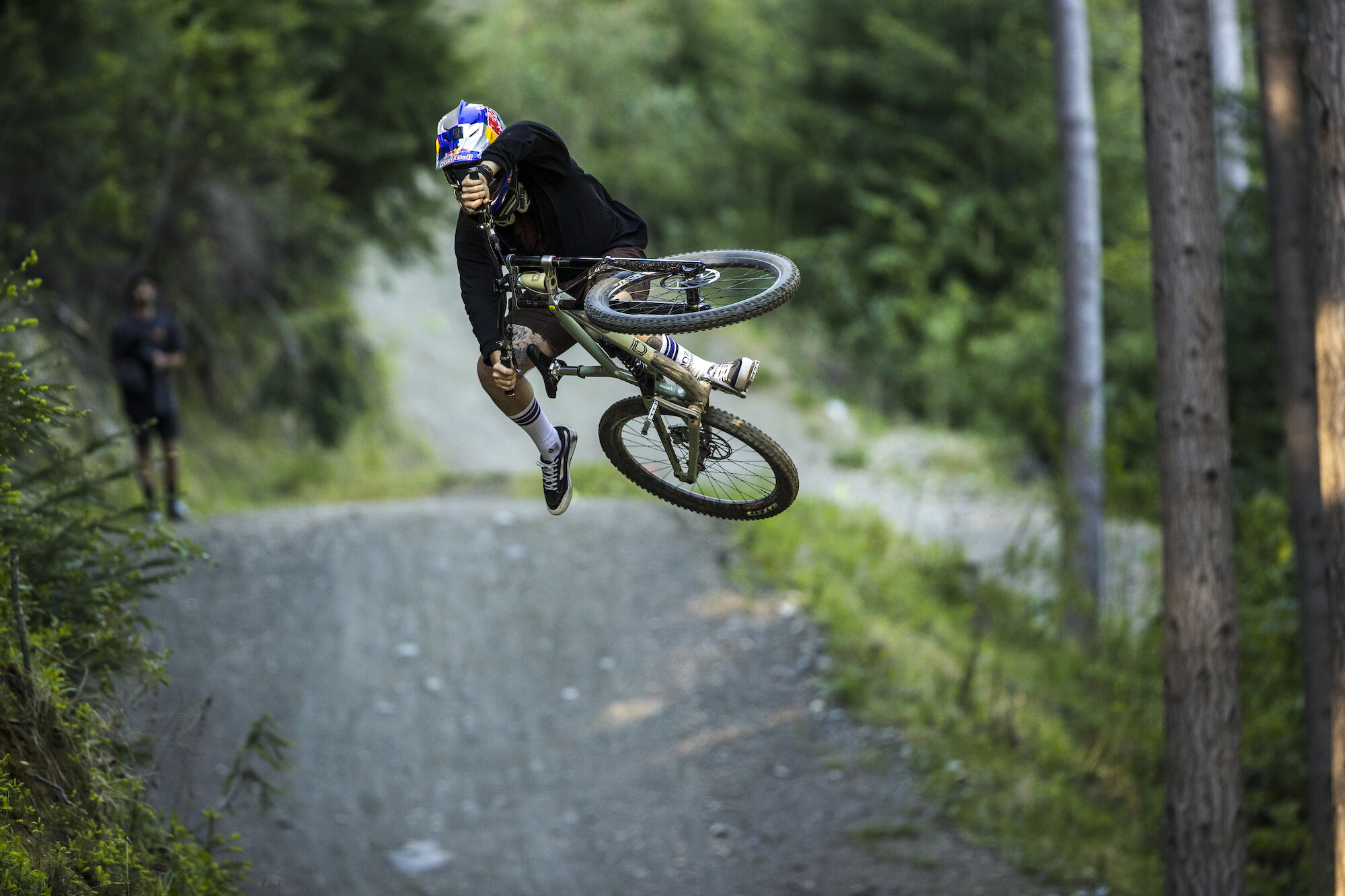 Hailing from the Gold Coast, MTB [aka Mountain Bike] prodigy Remy Morton’s two-wheeled exploits have earned him mythical status in the Mountain Biking world, but nothing about Remy is make believe.

It’s some-what of a miracle that Remy is riding mountain bikes. In 2017, a then 19-year-old Morton had been riding gigantic dirt jumps in Belgium between rounds of the UCI Mountain Bike World Cup, living the dream lifestyle of an up-and-coming semi-pro MTB rider. Then he came crashing down to earth. Remy had an accident which doctors said were consistent with someone who had fallen off a three story building. They estimate he hit the ground at a speed of 75-kilometres an hour. Immediately after the impact, Remy stood up and told everyone he was fine. Narrator: he was not fine.

His hip then dislocated, and he collapsed. That’s when his breathing became laboured, and his friends realised that he wouldn’t be getting up.

The crash left Remy with all sorts of problems. The sheer multitude of Remy’s broken bones and a gruesome shopping-list of other complications. Notably, his lungs has completely separated from his rib cage and needed to be flushed regularly to keep them clear of infection.  This went on for four weeks, while the doctors kept Remy in a coma until he was ready to come out.

If there is one trait to describe Remy, aside from his skills on a bike, it’s his freakish ability to get back up.  Remy lost 20kgs during the course of his four-week coma. As for his prognosis, the doctors told him that it would be impossible for him to ever ride again, and he would be lucky to be walking. Not one to be told he can’t do something – on the first day he was able to sit upright in hospital, Remy gave walking a nudge and with the help of nurses, he walked 50 or 60 feet.

After his arrived back on the Gold Coast, Remy started working with a physiotherapist in Brisbane. Remy began riding his bike up and down the beach in front of Surfer’s Paradise, just nine weeks after his injury.

By 11 weeks’ post-accident, when he could drive again, Remy visited the Boomerang Farm bike park on the Gold Coast. He took his bike, just in case, and took the shuttle up to the top. Without thinking, he dropped in behind his friend. “It didn’t even click until I ran the first run,” he says. “I hit this roller and then I was on the lip of a gap jump – I was like, ‘holy shit, what am I doing!?’ I had to hit the jump because I couldn’t stop – but it was fine. It was all good.”

Emboldened by his first run, Remy completed five more laps, and sent his dad a video. His mum flipped out. Remy was still on blood thinners for the blood clots in his legs, and even a small crash could’ve spelled disaster.

Mike Tyson Is Like All Of Us Right Now, He Just Wants His Old Life Back

Remy’s accident happened in July 2017. By December that year, he was racing again. Six months after a horror crash that almost killed him, one that doctors thought would leave him unable to walk for the rest of his life, Remy Morton was racing bike again.

There are no limits to what Remy will do to keep shredding trails around the globe and now Remy is fusing incredible riding with ground-breaking filmmaking in the ultimate two-wheeled rush – Sound of Speed.

A global concept, Sound of Speed delivers raw mountain bike videos that are rightfully all the rage these days. The unadulterated action is complemented by some glorious sounds and unfettered by any kind of soundtrack.