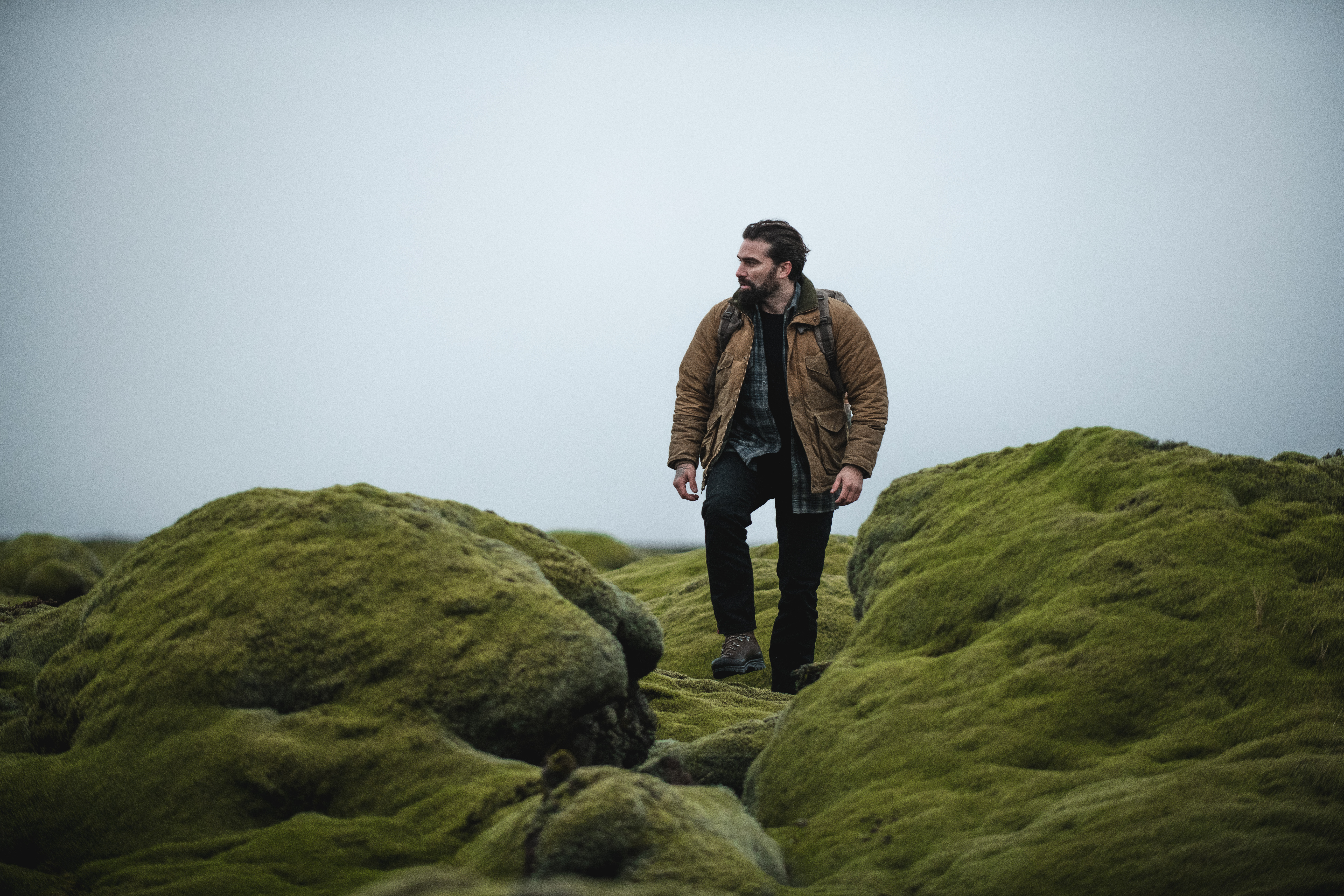 A Force For Change: Ant Middleton Gets Positive

Like all of us, adventurer Ant Middleton has used the past year to learn, reflect and grow from his mistakes. He’s now flipped those mistakes on their head, and is using them to create a movement of positivity that, quite frankly, we could all benefit from.

“I can’t disclose where I am at the moment.” It’s exactly how I imagine all interviews with former Royal Marines start. Intrigue, mystery, and the smallest hint of a smug smile. The reality of the situation is somewhat less thrilling, and my remote interview with Ant Middleton is more a result of COVID-safe protocol than part of a top secret mission. It’s a way of life Middleton hasn’t accepted so readily, infamously taking to social media in March 2020 to encourage his 1.1million Instagram followers to “Get out there, don’t change. Fuck COVID-19!”.

Since then, a year of devastating loss of life and economic turmoil has ravaged the country Middleton calls home, and his take on the situation is much different. “I’m just appreciative of being out and about and being able to work,” says a humbled Middleton.

And work he has, spending the past year turning past mistakes into a signature brand of positivity. As centrepiece of surprise hit SAS Australia, host of celebrity fish-out-of-water specials Straight Talking, and the recently released book Zero Negativity, Middleton is uniquely positioned to offer advice on authentic, carefree and successful living. Most often through failure.

“I’m not scared to fail,” an appropriate flex from a man who tells me that his next goal is a trip into outer space. “I’ve failed up to now in my life, and I’m going to fail to the day I die. That is a fact. That’s part of who I am. That’s part of life. So I embrace it.”

Middleton is the next evolution of health philosopher, an elusive hybrid modern adventurer born from a history of military service and refusal to accept defeat. He has the infectious energy of Ross Edgely, spirited thirst for adventure of Bear Grylls and the endearing straight-talking attitude of Gordon Ramsay. However it’s his authenticity and willingness to “fuck up” that separates his from the rest of the adventure pack. He’s a man who owns up to his mistakes, learns from them, and moves forward, impeccably so.

Since leaving the Royal Marines in 2021, this attitude that has seen Middleton rise to the top of the self-help realm, and unlike his past life, this time his mission is simple; empower his followers to life a negativity-free life. Heed advice from this positivity guru and your results just may be, much like Middleton’s next adventure, out of this world.

There’s not much that I won’t commit to because I know that once I commit, I’m going to learn. When I learn, I grow. When I grow, I become a better version of myself. I don’t get carried away with the final destination.

It takes years and years and years to master something. Just keep going. Unfortunately, people and society has drilled that into people. Especially with kids nowadays at school and there being no first and last place, and then there’s no competition. You’re not preparing them correctly for what life is all about. They’re regressing. I believe that when it comes to the way that we think, we’re going backwards at the moment, but hopefully the tables are turning.

Psychologically and physically, we are incredible, incredible beings. I’m fascinated by people. I’m fascinated by the way that we think, the way we function. So anything that can test me to the limits, I’ll always jump on board. We’re always trying to push the limits. I’ve climbed Mount Everest. I’ve sailed the roughest seas. I’ve done the hardest military training in the world. I’m intrigued on what’s out there.

We’re talking about firing me into space, and the training that has evolved around that and what’s up there. But I’m also really intrigued on what’s down on the depths of the ocean.

These are the two, I would say, medium term sort of crazy ideas that we’re really pushing at the moment is, see how far we can push our bodies both up there and down there. What’s amazing about that is we know more about what’s up there than we do what’s on the depth of the ocean. So there’s this pretty cool project that we’re folded at the moment, which will really help us to see what was down there and what actually exists on two, 3,000 meters down.

There’s no project that’s off the table with me and there’s not much that I won’t accept. There’s not much that I would say I’m scared of. Listen, when I get to certain heights, you can get scared of heights and I’m quite claustrophobic, but I fight through it because I believe in exposure. I always say exposure, exposure, repetition, repetition. That’s how you’re getting it. It doesn’t mean that you become fearless. It doesn’t mean that you’re not going to be scared every time you do something, but it’s exposing those emotions so you can understand them and repeating that process. When you repeat the process, you learn more about yourself each time you do that. So I’ve got quite a methodical way of dealing with things. But yeah, no, listen, I’m not fearless by any means.

We all think differently. Me climbing Mount Everest might be the equivalent challenge as someone going into big crowds. That might be their success because they might suffer from social anxiety, and it’s their victory. Happiness for them might be just staying at home and having a nine to five and just getting through life, and then someone else’s happiness might be going out partying all the time, having a good time. So really it’s unique to the individual.

I would say, first of all when identifying goals, don’t follow the crowd. Yeah, you want to find a sense of belonging, but you will find your own people, and that’s just through the way that you think. Ultimately, it’s about being honest with yourself. The hardest thing to do in life is to be honest with yourself and be courageous enough to follow what you want, and not what other people want. We have a whole tendency of people-pleasing as well.

People might push you down the right corridor, but you have to open the right doors. People might guide you a certain way, but guess what? You have to tread that path. I say to people, take it step by step. And I say, if that step doesn’t feel right to you, or it doesn’t feel true to you, then don’t take it. That’s not the right direction for you to go in.

If I spend too much time or it starts to affect my mood, then I’ll cut it away. My wife would say to me, “Ant, you’ve been a bit snappy” or I’ll acknowledge that within myself. And then I’ll just go, “I’ll deal with that later on”, and then I’ll go on to the next moment.

Health is a lifestyle. I’m never on a diet. I’m never on a training regime. As part of my day, I love to do cardio in the mornings and I love to maybe hit a circuit or some weights in the evening if I’ve got time to do that. I never structure my day for workouts, however what I do is I plan to work every single day of the week. That’s part of my life. I’ll wake up. If I start at five o’clock in the morning, I will actually get up at four o’clock, do half an hour cardio, or half an hour circuit wherever I am. I might be stuck in a hotel room. I might be out. I’ll always get half an hour in because that’s a huge part of my lifestyle. That’s a huge part of how I think and it’s a huge part of how I kickstart in my day.

If you don’t get it for too long, it starts to affect your mood. That’s when you know it’s become a lifestyle. That’s when you go, “Oh, wait, actually, this is part of my life. I need this in my life in order to function.”

Work is a big enough chore. Are you sure you’re going to get back after a long day’s work and you’re going to go, “You know what? I’m going to go for this, too.” No. If you’ve got family and if you’ve got a partner, nine times out of 10, you’re just going to swipe that to one side. Make sure you get that done as soon as you can. Also, psychologically for me, I know that I’ve got my biggest chore done first of all, and everything else just fits into that. So that for psychologically the way that I think and the way that I process things and break things down, it really helps me go, “You know what? My day could only get better. I’ve done that. I’m set up for the day. I’ve got my health. I’ve got my happiness. I’ve got the endorphins flowing. I’m good to go.” And then boom, you attack your day with a positive outlook.

We’re still caught up in this six pack obsessed image. Whether we like or not, we still like to think that that is the ultimate key to fitness. And if you chip away all that muscle, you take that six pack off, and then people crumble psychologically. So what I’d like is that we focus more on what I call the strongest muscle in the body; the mind. It’s one of those just because you can’t see it, it doesn’t exist. It’s like mental health. If you can’t see it, it doesn’t exist. Yes, it does.

We don’t train the mind. We don’t see it, therefore we don’t train it. A lot of the fittest people out there, and I’m talking extreme fit, haven’t got six packs. They haven’t got bulging biceps. But these guys are strong mentally. They’re on another level.